Since the famous HBO show Game of Thrones started in 2011 Ireland and Northern Ireland have had an increase in tourism. Even after fan favorite ended in 2019, Ireland’s tourism continues to grow with Game of Thrones fans lining up to visit all the film locations. Some sites I found a little underwhelming, and hard to even recognize unless you are on a guided tour. From my experience, these are the Game of Thrones sites in Ireland worth visiting!

Filming in Ireland and Northern Ireland was chosen for a few reasons. Some say Scotland was in the running, but there was a sentimental connection with two of the writers who went to school at Trinity College in Dublin.

Also, Northern Ireland reportedly made it easier for the show to film by easing restrictions and lowering costs such as taxes and studio space rental rates.

Game Of Thrones Sites in Ireland Worth Visiting

In this post, I will list all the Game of Thrones sites in Ireland that are worth visiting and those you shouldn’t worry if you miss!

If you choose to join an organized tour, which I highly recommend if you visit Ireland solo, many of these sites are on the tours below!

Visiting Ireland and want to rent a car? I use Discover Cars for all my rental cars and love their platform!

The Dark Hedges in Northern Ireland is definitely worth visiting! This avenue of beech trees is one of the more recognizable sites, and something worth seeing even if you aren’t a fan of the show.

You will have seen The Dark Hedges in the first episode of the 2nd second when Arya Stark escapes from King’s Landing dressed as a boy.

On the tour I did we were able to dress up like the Stark family and take pictures with props!

A popular place to visit near The Dark Hedges

A popular place to stay near The dark hedges

Make a night of it at Bushmills Inn and stay in the one-of-a-kind Inn located just a few minutes down the road from the distillery! Bushmills Inn has an incredible on-site restaurant for dining I can highly recommend!

This is a great place to stay and rewatch the first season of Game of Thrones!

The famous Dunluce medieval castle reportedly built in the 13th century sits perched up on a cliff in Portrush. First built by the 2nd Earl of Ulster, Richard Óg de Burgh, before belonging to the McQuillan family in 1513. A long line of history passed through this castle before becoming known to GOT fans at Pyke Castle.

Pyke Castle, home to Euron Greyjoy, in Game of Thrones, looks unrecognizable in real life. That is due to some creative CGI! The location of this 13th-century castle is unbeatable undoubtedly why it was used in the series.

You can go inside the ruins of this castle for a small entrance fee. Though, I would recommend going with a guided tour to get a more detailed history lesson.

Not all Game of Thrones tours make a stop at Dunluce Castle, but this one does.

Portrush is a great place to stop for lunch after seeing the Game of Thrones sites worth visiting. If you are looking for some fresh seafood one of the best places in Portrush is Urban Restaurant in downtown Portrush.

It was here Theon Greyjoy returned to Pyke after being away from his childhood home for many years. Today you can visit the harbour, AKA, Iron Islands, free of charge. It is a great place to get photos.

>>BOOK A TOUR TO BALLINTOY HARBOUR

This is one of those Game of Thrones locations that is recognizable if you are an avid fan. Appearing early in the series in season 2, episode 4. The caves formed over a period of 400 million years creating this dark and ominous place to film the shadow birth scene.

It is also here that someone decided to make and put an “iron throne”. This iron throne is an armchair with some swords sticking up in the back!

>> BOOK A TOUR OF CUSHENDUN CAVES

You will recognize this site worth visiting as Riverrun. Way back in the 1st season when Robb Stark camps out after the Battle of the Whispering Wood against the Lannisters.

This ruined Cistercian monastery is located in Downpatrick, County Down, in Northern Ireland.

Inch Abbey film location is a further distance from the other Game of Thrones locations and often isn’t included a day trip tour. However, you will visit Inch Abbey on this tour.

Since you can’t visit the locations of the many scenes of Game of Thrones that were filmed in Titanic Studios in Belfast, one of the best film locations you can! Castle Ward also known as Winterfell, where Jon Snow and the family Stark resided in Season one!

You can visit this 18th-century house and walk the grounds!

Even though you can visit this place solely on your own, I highly recommend you join this organized tour!

On this tour, you can get into character by putting on a robe and swording up for the day! Every tour guide is actually an extra from a Game of Thrones season!

Remember the scene where the Starks meet their baby direwolves? It was all filmed at Altavaddy Bridge here in Tollymore Forest Park! One of the Games of Thrones sites in Ireland worth visiting!

Tollymore Forest Park is also where they film scenes such as:

On the beach here on this site is where Melisandre burns statues of the Seven Gods of Westeros. This was the offering to the Lord of the Light. It was also here where she warns that the dead will rise in the north!

Downhill beach, also known as Downhill Strand is the best beach in Northern Ireland. From here you can see the nearby counties Antrim, Londonderry, as well as Donegal.

If your visit this site by car, you can park right on the beach.

Other Notable Game of Thrones Sites

Above are 8 Game of Thrones sites in Ireland I found to be absolutely worth visiting! There are more places where the show was filmed that may be of interest to you!

All these locations are not wildly recognizable unless you live in the world of Game of Thrones. Die-hard fans will have no problems doing a self-guided tour.

If you were to miss any of the below, I wouldn’t be too concerned.

The Famous 10 Doors of Thrones

What are the Doors of Thrones and where can I find them? When trees from the Dark Hedges were destroyed in a storm in 2016, HBO and the Northern Ireland Tourism board put that wood to good use.

10 Doors were created as a tribute to Game of Thrones and gifted to local businesses in the area. Mostly along the Causeway Coast.

The places you can see these doors are:

Ballygally Castle Hotel is a 17th-century castle now, a hotel you must check out! Even if just for dinner! located in the village of Ballygally, County Antrim, it is the perfect place to stay while checking out Game of Thrones filming locations!

The rooms all have high ceilings and modern amenities. Truly an experience to stay in a CASTLE by the Northern Irish sea!

Stay in a castle, Ned Stark style! This 17th Century castle, now a hotel is located 5 miles from the town of Maguiresbridge. It has Winterfell vibes for sure!

The perfect place to stay when you are planning your journey around Westeros!

Final Thoughts on Game of Thrones Sites in Ireland

Northern Ireland is a must-see destination for any GOT fan! You can really get into character and spend a good amount of time hitting every site!

If you are a solo traveler like me, I would recommend joining a group tour leaving from either Dublin or Belfast.

With the right planning, you can easily see it all in 4-5 days! And when you are ready to visit King’s Landing, I know just the place!

Is Dubrovnik Worth Visiting Solo? 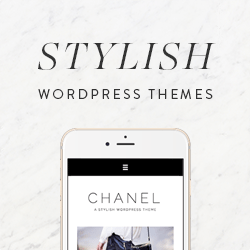 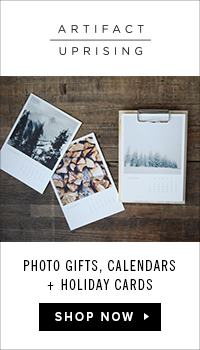